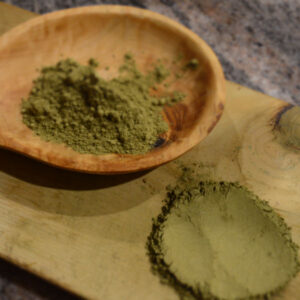 What Is Kratom Used for?

Kratom leaves offer qualities that have been utilized historically to support general health, just like many other plants and herbs. Kratom is said to have either stimulating or sedating effects depending on the dosage, strain, and “speed.” Kratom has been utilized as a traditional medicine in Southeast Asia for a number of ailments, from increasing concentration and productivity to controlling appetite and enhancing libido. Increasingly scientists are researching the different ways kratom might impact physical and mental health as it becomes more popular in Western countries.

Clinical research into the possible advantages of kratom is concentrated on a few uses that are most frequently mentioned by frequent users, despite the fact that there are currently no FDA-approved uses for the substance. Many of the anecdotal tales, active user surveys, individual studies, and literature reviews arguing for further study make up the evidence for the positive effects of kratom. This blog combines the most popular studies done on kratom and its possible uses.

8,049 active users were polled, and it was discovered that 68% of them use kratom to manage or reduce pain. Research into this application focuses on specific kratom alkaloids that may perform similarly to other pain medications, despite the fact that this is not yet a medically validated use. One study indicated that the alkaloid 7-hydroxymitragynine has analgesic qualities, while another found that although pain tolerance is hard to assess objectively, kratom appears to momentarily but considerably increase it in daily users.

Certain strains of kratom are said to be superior for treating pain than others in Southeast Asia, where kratom use has a far longer history. To completely comprehend how different strains correspond with various concentrations of the active ingredients that produce therapeutic relief, more research is required.

Some kratom strains have the potential to cause sleepiness or relaxation when consumed in higher doses (more than 15 grams). Kratom is used by 66% of respondents in the survey of kratom users that is mentioned above to maintain their mental and emotional well-being. Applications of any chemical for treating mental health disorders require extensive clinical testing and study, just like applications for treating pain. The available research on kratom does, however, suggest that it might have some uses for easing tension or discomfort and promoting a more relaxed state of mind.

Kratom may also benefit your mental health in ways other than just making you feel better; this merits additional research. According to a poll by the Johns Hopkins School of Medicine, 67% of participants said they used kratom for anxiety and 65% for depression. Again, it appears that kratom may be useful for this reason as research has looked into whether kratom might have effects resembling those of antidepressants. Researchers believe that mitragynine, the most prevalent alkaloid in kratom, is responsible for these anti-depressant qualities.

Some users find that kratom can be energizing and stimulating, frequently leading to sensations of increased energy and productivity. According to the study on the history of kratom’s usage that is referenced above, kratom has long been utilized as a natural approach to increase energy and focus. Kratom is made from the leaves of the Mitragyna speciosa plant, which has psychoactive properties that can affect the nervous system and change cognitive functions. Some users of certain kratom strains may experience alert and energized after using them owing to these psychoactive properties.

After being used for centuries as an aphrodisiac, kratom has also been taken by some individuals to enhance libido. There is few research on kratom and libido, making it difficult to fully understand the relationship between the use of the herb and feelings of sexual desire. The effectiveness of kratom as an aphrodisiac has received conflicting reviews from even well-known studies. It was discovered by researchers that one man who regularly used kratom had reduced levels of prolactin and testosterone, two hormones involved in regulating desire. In a different study, 85% of males who regularly took kratom reported: “experiencing improved sexual performance” after doing so, whether or not it was their intended effect. Furthermore, even though both of these studies only included men, it is unknown if kratom has any effect on female libido.

Some researchers have theorized that kratom may have immunostimulatory effects or function as an immunostimulant. Immunostimulants, which raise the activity of one or more immune system components, help the body fight off disease and infection even though immune systems cannot be “boosted” in the conventional sense. Researchers in the same study that examined the anti-inflammatory benefits of kratom extract wondered whether some of the alkaloids in kratom might also have immune-boosting qualities. They hypothesized a possible link between kratom’s anti-inflammatory and immunity-boosting qualities, urging for more research into this hypothesis.