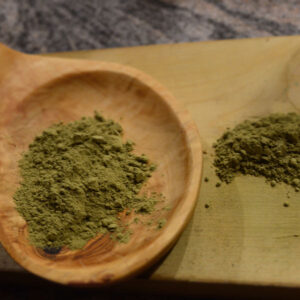 History of Kratom: Getting to the Roots of Mitragyna Speciosa

You’ve probably come to this site because you’re interested in learning more about the herb Mitragyna speciosa, also known as kratom. If you have previously used the herbal leaf (or would like to try it for the first time), learning more about the vegetative component is a wise move. And you’ve arrived at the correct location for illumination.

But, before we get there, let’s talk about the history of kratom. After all, you can’t completely grasp a plant’s molecules until you examine the plant itself. And there is a lot to learn about the drug known as kratom.

Kratom is a tree that grows wild in Southeast Asia’s tropical areas. Thailand, Malaysia, and Indonesia are among the nations where the trees grow naturally. The natural species can also be found in the region’s neighboring nations and provinces. All of those regions provide the critical temperature and environmental conditions required for the plant to grow in the wild.

For years, rural peasants in that part of the world utilized the leaves of a kratom tree as a herbal treatment to treat pain, weariness, diarrhea, and as a replacement for opium. We also discovered that locals used it in religious rites and to unwind after laboring in the scorching heat on the crops.

The traits of a kratom tree

When the development of a kratom tree proceeds organically inside a rainforest setting, the plant may reach heights of 80 feet. However, the majority of the trees cultivated by local farmers in the region are smaller and have stunted development. Plants cultivated on farms normally reach their peak around the size of a thirty-foot-tall tree. As a result, we discover that kratom appears to mature differently in the wild.

Despite the fact that the locations where humans have resided in the region have the same hot, humid environment, it has an effect on the features of the tree when it is cultivated in domesticated settings. Because the tree is endemic to rainforests, the species’ existence is dependent on the process of natural selection. Because there are numerous trees in the thick forest fighting for sunlight, those inherited genetic features are critical for the plant’s survival.

How to consume kratom

Kratom is usually brewed as tea in its native location and consumed throughout the day by herbal practitioners. In fact, they are known to make big pots of tea and let it boil for hours, producing enough to last them the whole workday as they labor in the fields. The tea stimulates them, giving them the energy they need to complete their tasks without becoming tired. A few farmers claim to select the leaves and chew them before spitting them out. Others claim that they consume the leaves entirely.

Kratom tea is the healthiest way to consume kratom

Because kratom leaves are harvested in a country that does not follow the same government rules as the United States, there is a serious chance of contamination throughout the manufacturing process. That being stated, it is better to consume kratom after it has been brewed like tea. It is well known that boiling an item in water kills the majority of active bacteria found in food products.

So boiling kratom is an excellent approach to eliminate any vegetative microbial infections that may have arrived from abroad. Furthermore, boiling kratom is a terrific strategy to ensure that no viruses in your home ever taint your kratom products.